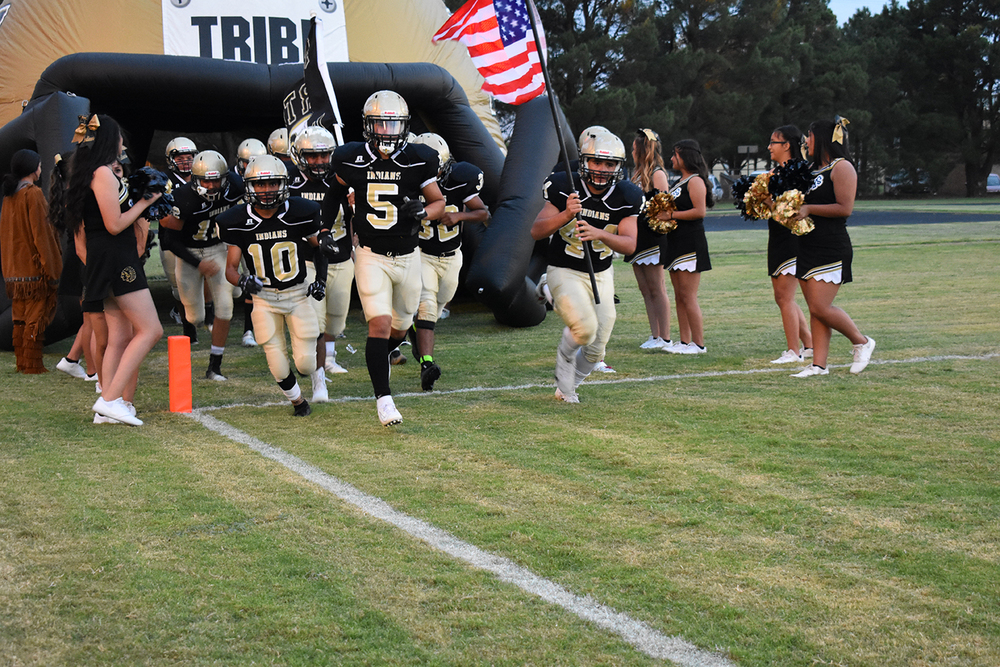 District games are often the most exciting games of the season. Everybody is fighting as hard as they possibly can to get into the playoffs.

The first game of district for the Indians was a difficult one, against the state ranked Ropes Eagles. The Indians fought hard and played well but lost a tough game 51-6.

“That was one of the best teams we have played all year long,” junior Dustin Alvarado said.

The Indians tried to bounce back from the tough loss to Ropes against the Whiteface Antelopes. They prepared all week and had the best week of practice they had all season. They came out pumped and played a great game. The antelopes were up late in the game. The Indians were down by 7 with a minute left to play.

“I was really nervous during the last drive,” junior Allisandro Franco said. “But I knew we had prepared, and we were ready for this.”

The Indians drove down the entire field, and Dustin Alvarado punched it in to bring them down to 1 point. After he scored, he had to line up and make the game winning extra point. Everybody was nervous and you could just feel it. Once the kick went through, the crowd erupted and the Indians went up for the first time. The Indians moved to 1-1 in district play following the win.

“I knew I had the kick,” Alvarado said. “I practice all the time for games like this”

The Indians had to come down after the Whiteface game,  in order to keep playoff hopes alive and to focus on the remainder of the season.  Next up was Meadow.

The Indians were in another close game, and it ended up going to 3 overtimes. The Indians went and drove down once again came out on top. Malachi Villarreal blocked their extra point to tie the game. They didn't have another opportunity to score so the Indians won the game 22-20.

The last week of the Indians season was against the Wellman Union Wildcats. Unfortunately, Jose Rivera tackled their quarterback, and gave him a concussion.

The Indians forced the Wildcats to forfeit, because they didn't want to get any other players to get hurt. The Indians punched their ticket into the playoffs with a 20-8 win over the Wildcats.

The Indians have 2 weeks to prepare for the Borden County Coyotes. This will be their most difficult game of the season because the Coyotes are ranked 6th in the state. If the Indians are to win this game this will be the first Bi-District title in a long time. Best of Luck Indians!!