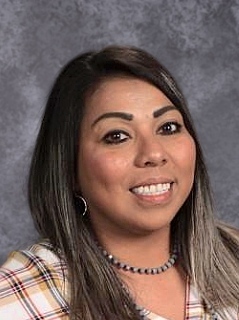 It may still be football season, but eyes are turning to the beginning of the Maiden basketball season.  According to head coach Soli Shellman, the upcoming season will be one to remember.

“We have some unfinished business to take care of,” Shellman said. “Last year we started the run, this year we are going to finish it.”

In the 2018-2019 season, the Maidens advanced to the area semi-finals before losing to New Home in a close game.  That was the furthest advance into playoffs for the ladies for several years.  Shellman believes that this year will take some adjustments.

“Last season was a lot of teaching and training the girls my philosophy and expectations as to this year it’s more fine tuning,” Shellman said. “The girls worked hard during the summer in the weight room and playing in team camps so I feel like all the hard work will pay off.”

The season kicks off November 2 in Lubbock at the Premiere Sports Complex against Olton and Lubbock Titans.  The coming season will be the second season for Morton to complete in their current 1A district.

“This year is our second year in the district so each team knows each other and how they play so we are going to have to change some things up,” Shellman said. “On the road is tough to play so we have to stay focused and motivated no matter where we play.“

This year the team has seven seniors our of ten players and the experience of those seniors will be key in the success of the season.

“They definitely have left big shoes to fill and made their mark on Morton ISD,” Shellman said.  “I would say no matter the outcome of this season, they deserve to hold their head high and be proud of what they have accomplished throughout their years of being a Morton Maiden.”

Coach Shellman believes that her team will win district and move into the playoffs once again.

“The way I see it, it will be Morton, Whiteface, Springlake-Earth,  Whitharral, Amherst, and Lazzbuddie,” Shellman said.

Shellman wants her seniors to learn from their sport and use it to mold their lives after high school.

“My advice to the seniors at the end of the season is they will remember this for the rest of their lives,” Shellman said.  “I hope they can take the skills and discipline they’ve been taught the last two years and use them in their adulthood.”

The 2019-2020 season includes 20 games, with district kicking off at Whiteface on January 10.  Coach Shellman hopes that the Maidens are playing long after the season finale against Springlake-Earth in Morton on February 18.  And Shellman has a simple formula for achieving that goal.

“We just have to keep our focus and keep our eye on the end goal!”